Tuesday took us down to the Financial District for our walking tour of the 9/11 memorial. Of course us being the early birds that we are, we were up bright and early and decided we’d grab a quick breakfast and walk the 5K (I still believe it’s longer) from our hotel to St Paul’s Chapel where we met our tour guide Alison.

This tour was another one of my favourites. Our tour guide was actually in college in New York on the day of 9/11 and shared with us her story of that day. It was really chilling hearing a first hand account of what happened.

Next we moved over to the fire house where the first responders came from. Hundreds of firefighters and police officers lost their lives in the events that happened on 9/11 and the fire house has a mural on the side of the building dedicated to all those who did and continue to put their lives on the line for others. 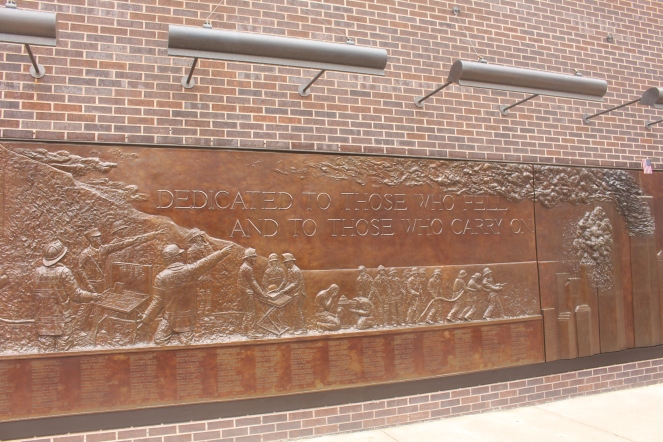 Moving on to the two pools that represent the twin towers that fell. It’s eerily haunting to see the amount of names on the memorials. The designer that designed the memorial decided to put the names of all the emergency responders, flight passengers and co-workers together to keep the names of those who could have been close to each other during the time of the attack. The two things that got to me the most about the memorial was seeing a woman’s name with “and her unborn child” written next to it as she was pregnant during the attack. The other thing that hit me hard was that when it is one of the victims birthdays workers at the memorial site place a white rose in their name & seeing a few white roses dotted around the memorial really got to me.

The last stop on our walking tour was what’s known as “The Survivor Tree” the only tree in the area that survived the attack. Though the tree was severely damaged and charred, it was nursed back to health in the Bronx and was replanted by the memorial in 2010.

While we were here we were supposed to go up the One World Observatory, however due to weather issues and problems with the elevators we couldn’t so we were given passes to come back another day.

Just as we started walking back the 5k to our hotel the heavens opened and it felt like we were back home in Ireland for a while with the amount of rain that fell. We hailed a yellow cab to take us back to our hotel so we could dry off and get ready for dinner. After dinner we decided we’d go back to visit Grand Central Station as we didn’t see much of it other than the food court on Tuesday! 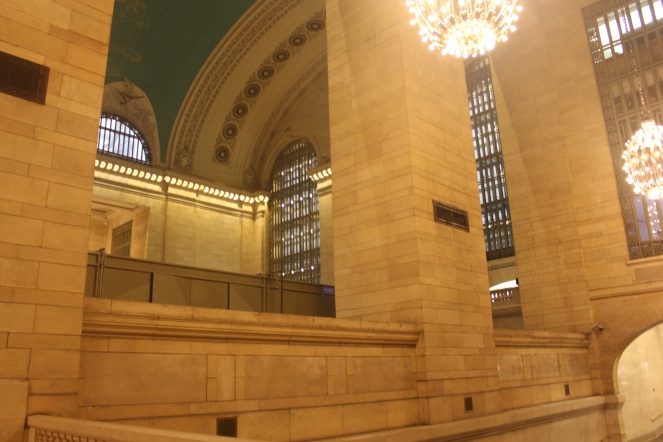 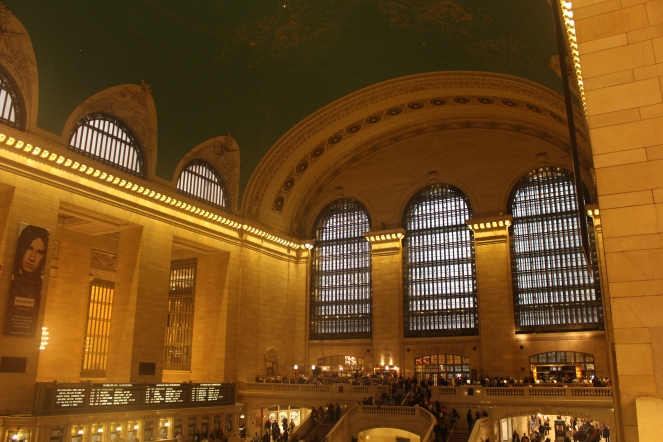 This was one of mam’s must see’s when we were here and I’m glad we went, it’s such a fabulous building and I just loved the buzz around the place with everyone rushing about to and from their trains.

View all posts by Niamh's World